A mad woman who prevented a pastor from taking offertory on the busy streets after he had preached in a market square probably got the shock of her life when the pastor attacked her physically.

The enraged pastor initially tried to ignore the protesting ‘mad’ woman by continuing with his appeal for the offertory but her protests intensified and were yielding results as people failed to drop money into the pastor’s offertory container.

Unable to take it anymore, the fuming Pastor took the woman on physically and a sort of a wrestling match ensued.

Onlookers in a video that has gone viral and sighted by TheNewsGh.com, were predictably shocked at the actions of the pastor who was expected to show self-restraint.

While many people find the actions of dome of these street and market pastors distasteful, they hardly confront them or try to stop them.

The woman’s action was praised by some people who thought the pastor was not just a nuisance, but sought to use religion to extort them of their monies. 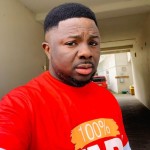