Artist manager who double as a resident pundit on UTV entertainment show which is aired on Saturday night disclosed his artist shatta wale will never go back to VGMA.

Bulldog who recounted how his artist went through prior to the incident that happened between his artist SHATTAWALE and STONEBWOY last year at the awards night.

Bulldog now known as ‘Bullgod’ stated passionately he told SHATTA WALE never to go back to the VGMA because they can’t be disrespected , he added SHATTA WALE as a person could someday somehow might decide to let go and if he SHATTA WALE wishes to join the awards again that would be the first day of a new carrier in farming.!!

The hard working manager who is known for hitting hard on issues questioned the credibility of an award which he was once a board member.!

In as much as the award has added a facelift to the industry, he also hold the opinion of some music lovers in the country about awarding only the favorite of the scheme but not necessarily for excellence , hard work and the general public verdict.

It would be recalled that in 2019, Stonebwoy pulled a gun at the awards night when Shatta Wale was approaching the stage. According to Shatta he had wanted to go and congratulate his brother for winning dancehall artiste of the year category.

That incident brought chaos at the awards night, which led to police inviting both arts for interrogation after a report by charterhouse main organizers of the awards. The case is since in court. Both arts were subsequently banned indefinitely by the scheme and asked them to return all awards won on the night. 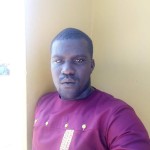 The name of my second son is Shatta Wale